Recently I was walking on my campus and noticed the Students for Bernie group had posters up with five reasons to support Senator Bernie Sanders for President. I immediately recognized it as an opportunity to have some fun. With the Democratic primary in full swing and Sanders the likely nominee, it was the perfect opportunity to address five of their best arguments. Here’s the poster.

For those who can’t read the image, here are each of the five points.

3. Increasing the federal minimum wage to $15 an hour

5. Passing Medicare for All to guarantee healthcare for all people

And here is my response to each point. Because my goal is to provide useful arguments, I’m going to keep these short and to the point.

1.  Ironically, the first argument for Sanders is one that would primarily be redistribution for the rich and irresponsible. This policy would primarily benefit high income individuals and families. Depending on your measure, 27%-35% of student debt is owned by the richest twenty percent, while the poorest twenty percent only has 9%-15%. The richest forty percent have about 55% of the student debt while the poorest forty percent has only about 25%. This policy overwhelmingly benefits the rich. 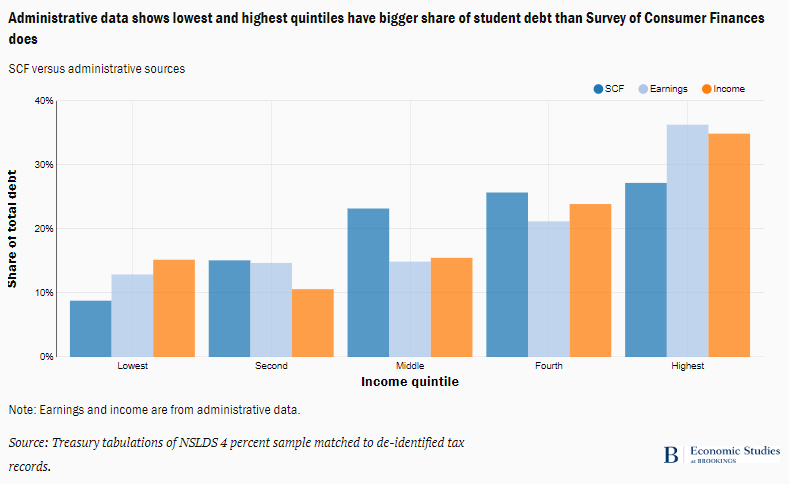 2. 73% of Americans already don’t use their college degree in their careers. We don’t need to encourage more people to get low-value college degrees by increasing higher education subsidies. This will only make bachelor’s and associate’s degrees worth even less. What we do need to do is make college less expensive for those who go. This proposal doesn’t make college less expensive– it just shifts the cost from those who benefit from the degree to the taxpayers (which will inevitably be poorer Americans).

3. Did you know the median hourly wage in Mississippi in 2018 was $14.70? It’s probably a little higher now, but the point I’m going to make should still be valid. We can debate the specific effects of raising the minimum wage all day, but there is no plausible theory or evidence to support the idea we can raise the minimum wage of an area to the median wage of said area and not expect massive negative consequences. $15 an hour may work in places like Seattle, but that’s far from evidence it will work in places which have much lower costs like rural Mississippi or North Carolina.

4. Climate change is a serious and pressing concern which requires government intervention. There are clear and obvious short and long term options to help lower carbon emissions and mitigate the impact of climate change– nuclear power, carbon taxes, and natural gas. The Green New Deal incorporates none of them. Instead, it either ignores them or outright rejects them choosing to push a progressive economic revolution instead. The Green New Deal isn’t about tackling a serious crisis, but using that crisis to push a domestic agenda progressives can’t get passed otherwise.

5. Medicare for All does not guarantee healthcare to all people. It guarantees health insurance coverage to all people. More importantly, even if it did guarantee healthcare to all people it does not guarantee improved healthcare outcomes for anyone. One of the least recognized realities about healthcare is the diminishing returns in outcomes. On average, the difference between $0 and $500 in healthcare spending per capita is about twenty years of life expectancy. The difference between $500 in healthcare spending per capita and $6,500 is only about ten years of life expectancy. There is little reason to believe the US could improve on its current healthcare outcomes simply by changing the allocation mechanism of our system and lowering the cost of healthcare for poor Americans can be done with less disruptive approaches.