Paul Joseph Watson and Alex Jones were incredibly quick to declare the “site was under a cyber attack” tweeting “Communist China and the Democrats are making their move against the American!”

Paul Joseph Watson claimed the site was under a “cyber attack”.

https://t.co/DHRJw8KFgr is down again. We have been under cyber attack for over a week since Big Tech launched its purge.

Why you should be skeptical of this supposed attack

Infowars randomly going down seems like a publicity stunt, sites don’t randomly go down without reason. In fact, https://t.co/7is5kA0s9O is up but not displaying the usual homepage. I’ve worked for webhosts and downtime was either planned, or we fixed the issue ASAP.

Sites do not randomly go down without reason, webhosts rely on high uptimes to gain the trust of their clients, moreover, neither Alex nor Paul tell us what this supposed “Cyber-attack” is, this severe lack of details leads me to believe that the site was taken down intentionally by the crew at InfoWars as a publicity stunt, so they can continue to claim they’re being “censored”.

The site was also part of the Cloudfare Network, which protects against DDoS and other attacks of that nature, ruling out a supposed DDoS.

Infowars.com is actually currently up, but leads to a portal to other Alex Jones websites, like his store and Twitter. 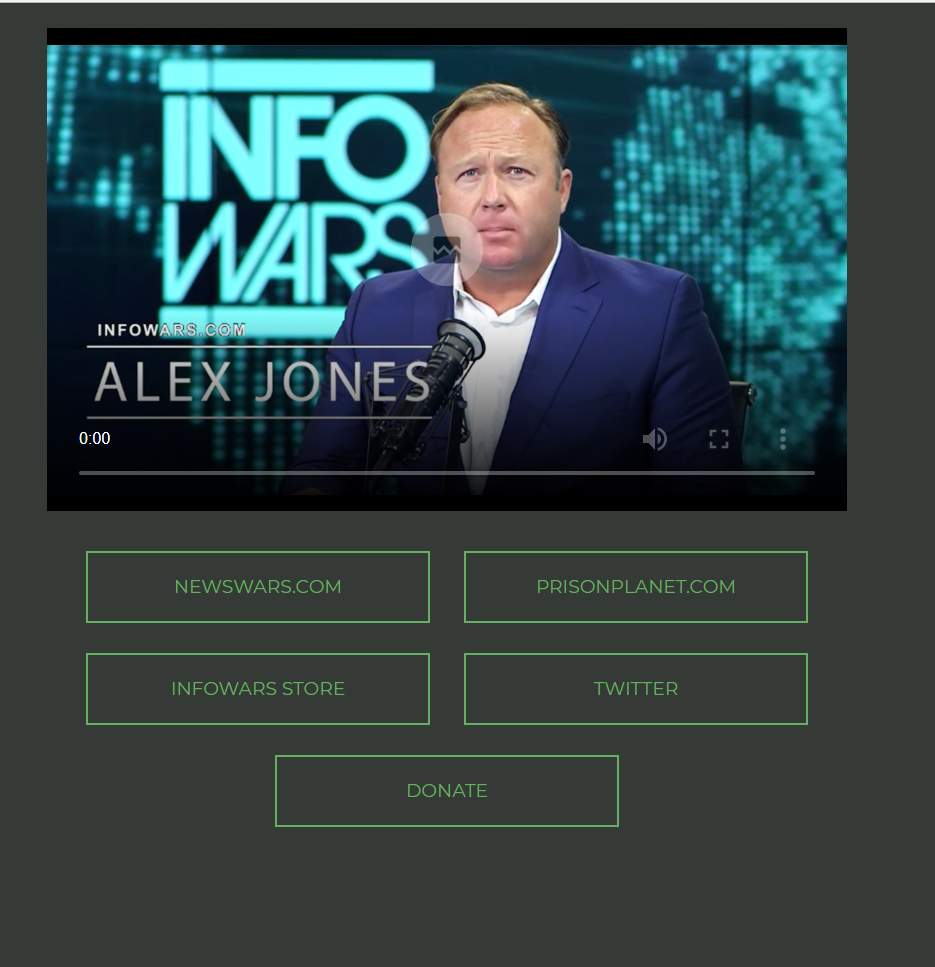 This leads me to ask several questions about this supposed attack:

Why is the site up right now and working fine?

Why is the store, (where InfoWars makes a ton of money from) still up and has experienced 0 downtime?

Why are Newswars and PrisonPlanet still up?

Alex and InfoWars stand to gain a lot from this, taking down their own site would allow him to start a buzz on Twitter and Facebook about censorship which would cause him to gain more subscribers to his show, more purchases on his store, and more donations. Whatever Alex can gain publicity, he will use.

(I will update this article with details as I get them, however I wanted to get this out ASAP.)

View all posts by Sonny