Friday is the March For Life. While the media may not cover this annual march which routinely gets 500,000 people to come from all over the country to protest the largest genocide in world history, I will not. Here are some common pro-abortion arguments which need to be debunked.
1. It is “pro-choice” not “pro-abortion”
To quote pro-life advocate Ryan Bomberger, “Language matters. It defines situations and brings clarity. Pro-choice doesn’t bring any clarity to what you’re talking about, while pro-abortion does because you are advocating for the legal right to abortion.” He went on to say, “it’s about as ridiculous as saying, those who were pro-slavery were pro-jobs…”
2. Only old, white Christian men are pro-life 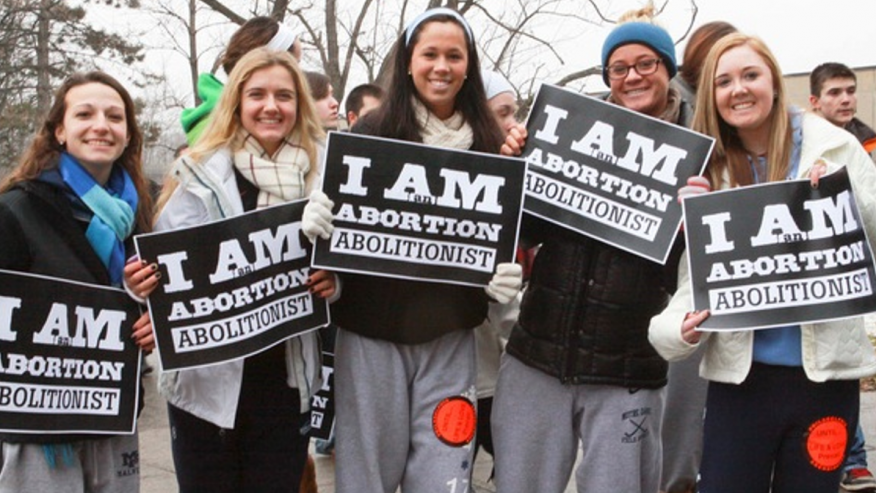 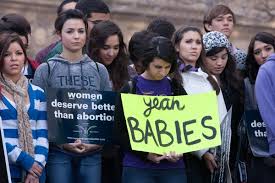 In reality, according to Pew Research, there was no gender gap between women and men who thought abortion should be “legal in all/most circumstances” while slightly more women thought it should be illegal in “all/most circumstances” .
Let’s take every argument a male can make abortion and have women say them? Does that make the arguments merits any stronger or weaker? No, of course not. Your genitals have nothing to do with the strength of your arguments and believing otherwise is actually sexist. To paraphrase Matt Walsh, for opinions to be valid you need to have a brain, not a vagina.
1. Don’t enforce your morality on others
That is literally the entire purpose of government. What do you think murder and rape laws are based in? Morality.
2. Don’t enforce your religion on others
This has nothing to do with religion. Plenty of religious people are pro-choice and many pro-lifers are secular. Sure, many people can make religious arguments against abortion but let’s not ignore the science. Anyone who has taken a high school biology course knows that life begins at conception. It is a scientific fact.
3. The fetus is not alive
Simply wrong. Life has multiple characteristics and from the moment of conception to death a person meets all seven.
4. It is not human
Then what is it? A dog? And at what point do we magically change species?
5. But it does not have brain waves
True but we KNOW that it will have brain waves. Let’s change the fetus to a thirty-year-old car accident victim who has gone brain dead. If I told you that within six to seven months brain activity would return and within nine months the victim would be fully recovered would you pull the plug? Would it be moral to pull the plug?
6. It is just a cluster of cells
“You’re a cluster of cells” -Ben Shapiro to abortion advocate. If being a cluster of cells means you can legally and morally be killed then I can kill YOU.
7. It is not self-aware/self-sustainable
Neither is someone in a coma or six-month-old child.
8. It is not your body.
Neither is the fetus (unless you have two sets of DNA, four eyes, and two heads) and you don’t get to kill someone else.
9. Coat hanger abortions.
Both pregnancy and abortion-related deaths were in decline long before Roe V Wade. This is akin to, to be frank, defending slavery on the grounds that it keeps slaves from starving to death.
10. You do not have a uterus
That does not change the validity of my arguments. Replace me with someone like Albany Rose, Carly Fiorina or Mary Katharine Ham.
11. What if the motherhood is not ready for parenthood?
This is not a reason to kill another human being.
12. The fetus will live a life in poverty
Even a bad life is better than no life at all and we should not have the option to kill someone else because we do not like the circumstances they will live in.
13. More abortions means less crime.
This is simply evil. The belief that you get to slaughter millions of babies over the decades to create positive social benefit is on the level of eugenics. It is also, probably, wrong. A study on this hypothesis in England found, “no clear, consistent relationship between abortion and crime”. A study with American data came to a similar conclusion.

2 thoughts on “Comments on Pro-Abortion Arguments”